The One That Got Away-Alex (New Zealand) 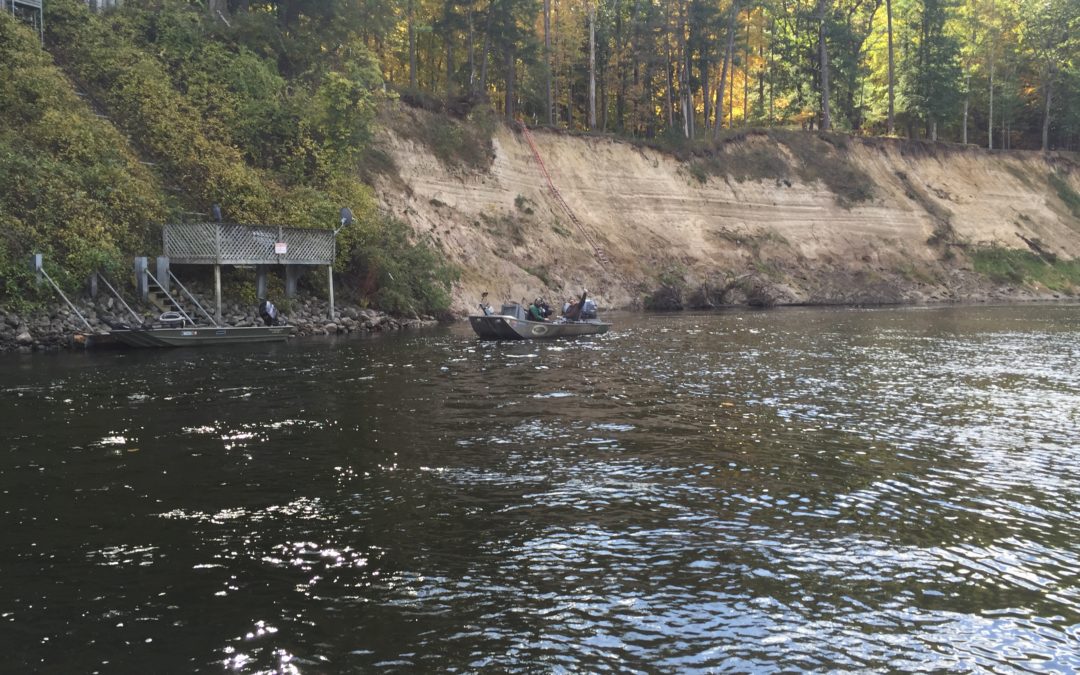 HI there, Just a little true story on the one that got away…
The river I generally fish is the Wairau, 10 km north of the town Blenheim. Blenheim is mostly known for its top-class wines, not for fishing, but like a lot of places had such great fishing back in the 1980s and 90s. It was easy to sight fish for two or three hours on a clear calm morning. Usually you’d spot 25 to 30 trout all in the 4 to 7lb size, still cunning and great fighters, it was a  simply great fishing. I usually hooked 7-8 fish, scared a dozen or so and landed 3-5 then I’d keep one for the smoker and released the remainder. Generally, I fished a small 14 size nymph and occasionally small dry fly. In those days, you could walk the river and maybe see no other fishermen, or just one or two spin fishing – in the evening worked well.
Anyhow, there was this long run of water with a steep bank on the opposite side and a small stream flowing in at the top of the pool. There I spotted a very large shadow moving around just a little. Stalking as close as I dare, I cast a weighted nymph well above, but not far enough! So tried another cast about 15 feet above him as it was about 5 foot deep. Moderately fast this time, he moved up and over and I could just see a glimpse of a white mouth. I counted to two then lifted the rod. Thump! Off he went out into to the middle, tugging and shaking his head. After about 10 minutes, I got him in a bit but then Zing Away! He went straight upstream to the only log in the pool, down he went no stopping him! On 5 1lb tippet, I tried to walk up and get him dislodged but no way and eventually SNAP! he was gone……..
The following season, I went back to the same pool with a Rapala spinner. Third cast and there was a hard tug. I turned him around and slowly pulled him down towards me, for sure he was the same resident –  big, brown and about 10 to 12 lbs. After a 15-minute fight, I had him in the shallow gravel. What a beauty!  As I was about to slip the net over him, he did one last summersault and dislodged the hook! He was tired but slowly sank into the depths. Gone for the second time…
The following season, I went back. There was no sign of him so crossed the river where the backwater creek ran in. Lo and behold, there were two very large fish feeding. I slipped the nymph into the current and the larger fish swam straight over and gulped the fly. Off he went down the deepest side of the river. I had two options: to jump in and swim with him or hang on, and I hung on. Like all the big ones, he had other ideas and finally broke me off. I never saw that fish again but still remember the day!
(True story!)
-cheers everyone please take care and good luck —–Alex